HOME PAGE > Things to Do > Shows & Nightlife > Country Tonite, the “Best Live Country Show in America”
Get a Free Ticket to Country Tonite, plus over $700 in other coupons, when you book a cabin. Call 866 34 SMOKY for details.

In Pigeon Forge there’s one show you don’t want to miss and it’s Country Tonite. The spectacular show features a variety of song, choreography, comedy and costume, impressive for the sheer quality of the talented performances and the seamless flow of the fast-paced, dynamic show.

Country Tonite says it puts on the One Show you don’t want to miss, and plenty of fans make sure they don’t, even planning their annual trip to Pigeon Forge around it. 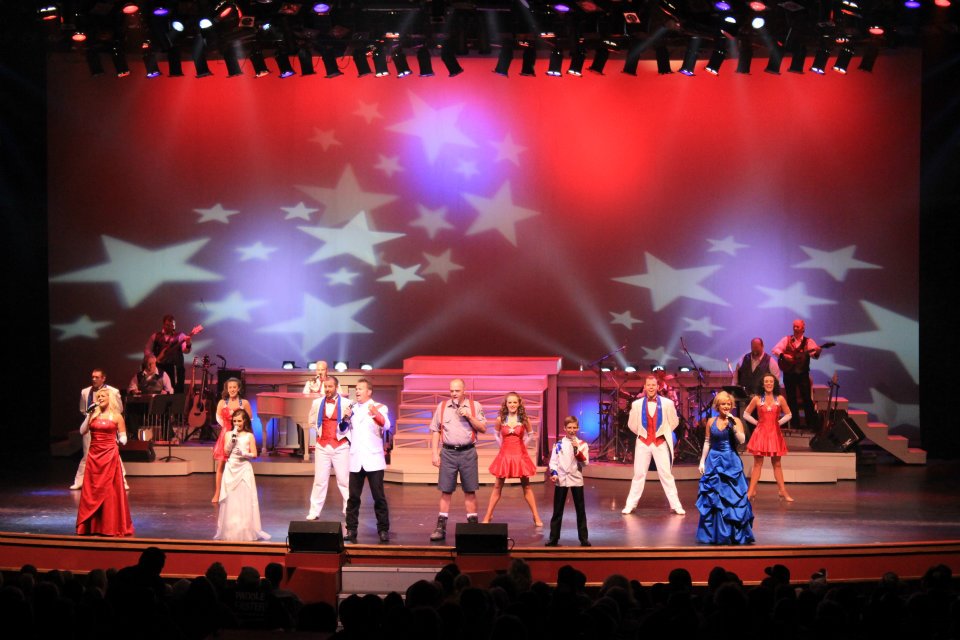 The singers, dancers, musicians and comedians of Country Tonite present a range of music from today’s country hits to old favorites, and including some rousing gospel. Country Tonite says that you don’t have to like country music to love the show, and fans agree.

But the show IS paradise for country lovers – watch for the national performers and Country Music Hall of Fame legends appearing in the Celebrity Concerts staged monthly during most of the year.

See for yourself why Country Tonite is the most awarded show in the Smoky Mountains. It’s a five-time winner of “Show of the Year” by Country Music Associations International. Readers Choice Awards calls it the “Best Show in the Smokies” and Country Music Associations of America names it the “Best Live Country Show in America”.

The family-friendly show offers great value with an affordable price and a long show, around two hours filled with non-stop entertainment.

Country Tonite is good for kids, who get in free aged 12 and under. The comedy is clean and funny and also created so kids can understand and enjoy it. Even better, and uniquely for the area, the show always includes youth performers as well.

Since 1996, Country Tonite has delighted audiences of all types in Pigeon Forge and each year promises a brand new show with new surprises for everyone.

The spectacular show takes place on the area’s largest production stage show, in a 1,500-seat multimillion dollar theater with great sound and lighting and two giant video screens. Located just off of Parkway in Pigeon Forge, the venue has good parking, which is always an asset in our bustling area.

See us for Pigeon Forge cabin rentals– we have several in walking distance to downtown! Also Gatlinburg cabins.