At The Salt and Pepper Shaker Museum in Gatlinburg, there are over 20,000 sets of shakers on display from all around the world. Not only that, but there is a massive pepper mill collection that you can view, too.

If you had to make a list of all the condiments people love, salt and pepper may be among those that are taken for granted. But they shouldn’t be – especially once you see how versatile a salt and pepper shaker can truly be.

20,000 Sets of Salt and Pepper Shakers From Around the World

All told, they tell an unbelievable story of human history seen through an admittedly unique lens. The museum was first opened in 2002 by renowned archeologist Andrea Ludden, who considered it her labor of love. She had long been fascinated by the shakers herself and, after amassing a pretty substantial collection, wanted the opportunity to share it with the world. Gatlinburg was the right place at the right time.

The idea for an actual museum of salt and pepper shakers actually began one day when Ludden realized she didn’t have a pepper mill for her kitchen. So, she did what anyone would do – she went out to the store and bought one. But things didn’t stop there. Soon she bought another, then another, then another… and that started her out on the journey she is now on today.

Her collection soon grew to be so large that she was told she had to do something about it. She was living in Texas at the time and, after careful consideration, she decided to move to Tennessee so that she could build the only museum like this anywhere in the world today.

It’s a passion that actually dated back to Ludden’s late mother, who was “adamant about showcasing how you can trace history in salt and pepper shakers.” Her mother loved the idea that you could tell a story through the evolution of these seemingly everyday items and that absolutely carried through into her work.

The Salt and Pepper Shaker Museum is one of only two museums of its type in the world – the second being another location that was also opened by Ludden in 2010 in Spain. This location also has in excess of 20,000 shakers (all largely different from the ones in the USA!) and people come from all over the world to see it.

All told, Ludden – and the countless visitors who travel to the location every year – have learned that a salt and pepper shaker is not something to be taken for granted. Each one has its own rich history – not to mention its own unique theme. There are ones that are made with presidential themes, animal theme, vegetable themes, you name it. It truly does prove that anything can become an art form if you put enough passion and creativity behind it.

Note that the museum’s gift shop also has a wide range of different items that people are definitely going to want to see, ranging from brand new shakers to vintage items and more. If you’re thinking about starting a collection of your own, here is absolutely the place to start. There are even duplicate items of some of the vintage shakers on display that, while recently manufactured, still have that old school look and feel.

All told, The Salt and Pepper Shaker Museum is well worth the trip – particularly if you’re looking for something unique to do while in the Gatlinburg, TN area. The price of admission is just $3.00 per adult, and that money goes towards the purchase of any salt and pepper shaker that may catch your eye in the gift shop. Kids aged 12 and under are always admitted free.

The Salt and Pepper Shaker Museum is located in Gatlinburg on East Parkway in Winery Square. 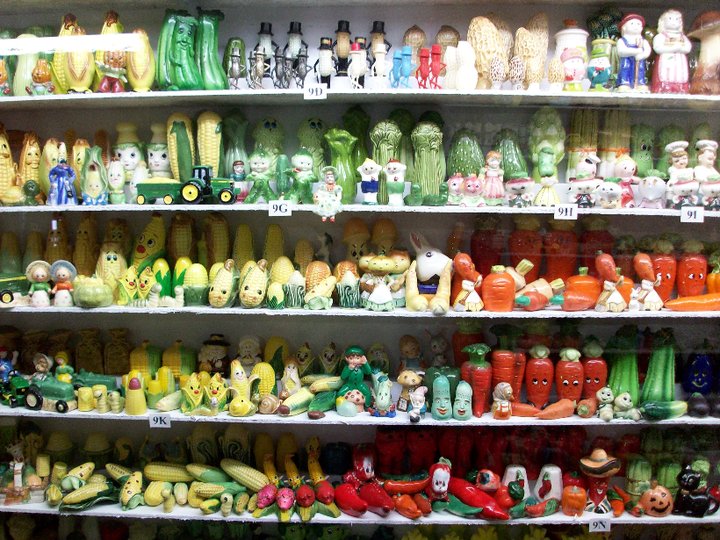