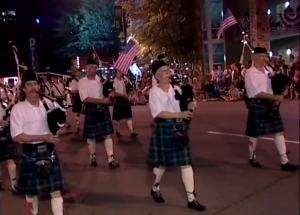 The nation has indeed woken up to this little town that can, and anywhere from 80,000 to 100,000 people will pack into Gatlinburg to watch it happen. Early on Friday morning, smart parade-watchers begin placing their lawn chairs along Parkway, reserving territory, setting up station to see the parade pass by. 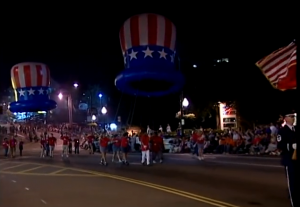 This year the parade marshals include a decorated hero, and the 129th Army Band will lead the parade. Sections of the band will give free concerts performing different genres of music in downtown Gatlinburg through Friday afternoon into the evening, and again on the Day itself starting on Saturday afternoon. Be sure to catch the 129th Army Bluegrass Band on Saturday!

After the parade, and some sleep, the Fourth opens up at noon with several options. Pigeon Forge begins its huge celebration at Patriot Park with the Annual Pigeon Forge Patriot Festival. This opens at noon with vendors and food everywhere, a Kids Carnival area, and plenty of kids activities. Music bands begin at 1:30, and keep going into the evening.

Meanwhile, Gatlinburg at noon stages its annual River Raft Regatta, a fun adventure along the Little Pigeon River. Anything that floats unmanned is eligible to be launched downriver in the race for prizes. Patriot Park is a little more of an open-air festival, while Gatlinburg offers more pockets of shelter and shade during the Fourth.

Both towns are bustling during the day and evening, leading to the grand finale in each town. At 9:30 pm, Pigeon Forge concludes the day with its own fireworks pyrotechnic extravaganza, usually synchronized to music.

In Gatlinburg at 9 pm, the 129th Army Band re-assembles in its entirety to give a free public concert, leading to the concluding fireworks spectacular at 10 pm. And it IS spectacular. 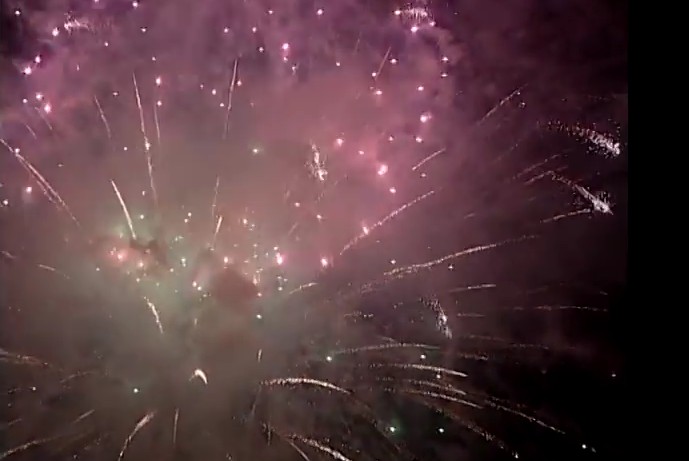 Can you watch the pigeon Forge fireworks and then hustle over to Gatlinburg for the 10 o’clock show? Maybe if you do Parkour and can run along the tops of cars, but otherwise probably not. You have to choose, and some of your choice during the day will depend on what you’re up for, as well as where you’re staying.

Parking and traffic become a dynamic part of this event. Show up early for everything you plan to attend, is the best advice. The earlier the better. Park in the free city lots, and plan to walk or possibly catch the trolley.

Congestion in and between Gatlinburg and Pigeon Forge means you can’t do everything that the two towns are offering during the Fourth. But wherever you are, there will be plenty of celebration on hand!

For full details on events in the two cities during these spectacular Fourth of July celebrations, check the Gatlinburg and Pigeon Forge event pages.

It’s a week-long patriotic celebration in Pigeon Forge August 24-30 as the 2015 Heroes Week rolls out a music festival and special evening shows at different venues. This culminates in the Saturday, August 29, Veterans Homecoming Parade, and the same weekend offers the annual Military & Relic Show, August 29-30. Each year the organizers team… Read more »