HOME PAGE > Things to Do > Kids & Family > Forbidden Caverns: an Underground World Below the Smokies

The Smoky Mountains region is loved for its views of the gorgeous rolling peaks that layer across the landscape, but sometimes you need to look a little deeper to discover some equally unique natural creations. This area is also home to several ancient caverns that you can explore, including Forbidden Caverns in Sevierville, TN. 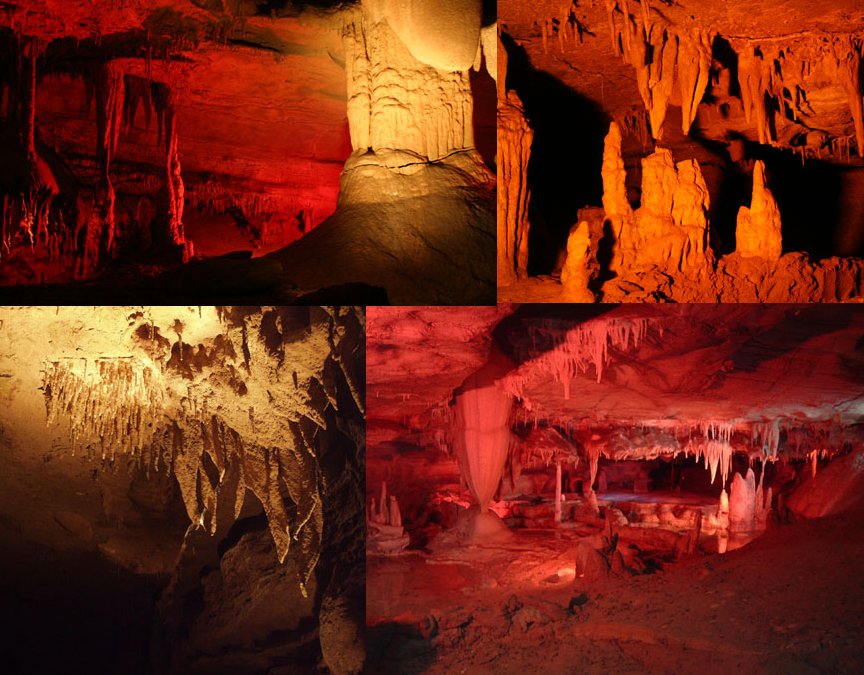 See the wonders hidden underneath the surface of Tennessee

The earth is full of natural wonders that encourage us to think about the diversity of life and geologic structures on our planet, and many of them are tucked away in places where we can’t easily see them. That’s certainly the case with Forbidden Caverns, where you can take a guided tour of an underground cave filled with natural beauty. Forbidden Caverns is located in Sevierville, TN, just a short trip north from Pigeon Forge and Gatlinburg, so it’s easy to reach no matter where in the area you are staying.

When you visit Forbidden Caverns you will be led on a one-hour guided tour down into the caves that will let you see all of the incredible rock formations and other natural features up close and personal. It’s a great experience for the whole family, but keep in mind that you will be required to be on your feet at all times while in the caves, and the terrain can get steep for short periods while you are walking, so wear appropriate (closed-toed) footwear. It’s suitable for most people, but those who have difficulty walking may need to sit this one out.

Because no sunlight reaches into the caves, the interior remains a cool and damp 58 degrees Fahrenheit all year round, so bring an extra layer with you if necessary. This makes the attraction a welcome respite from the summer heat.

Learn about the history of the caverns

In addition to seeing all of the amazing scenery inside Forbidden Caverns, your guided tour will also teach you about some of the history surrounding this special place. The caverns have played a long and ever-changing role throughout the various eras in east Tennessee, stretching all the way back to when they were used for shelter from the cold winters by the woodland Native American tribes in the region. The caverns were home to a variety of Native American artifacts that were discovered and preserved by archaeologists from the University of Tennessee. During prohibition the caves were used by moonshiners because of the proximity to clean freshwater and the ability to stay hidden. Eventually the land was purchased by a development group that added the infrastructure for tourism, and the rest is history.

When you descend into Forbidden Caverns you will discover a world of geologic formations that are one of a kind, including stalactites and stalagmites, rock chimneys, and beautiful grottoes. You’ll also pass by a stream of crystal clear water that comes from an underground lake buried directly beneath English Mountain. Only mother nature could create these fantastic features, and you have the opportunity to see them like never before by visiting Forbidden Caverns in Sevierville during your next Smoky Mountains vacation.