Winter in the Smoky Mountains offers a dazzling display of fun and celebration for the festive holiday season. The neighboring towns of Gatlinburg, Pigeon Forge and Sevierville declare a four-month period of November through February to be their winter festival time, calling it Winterfest in Pigeon Forge and Sevierville, and Winter Magic in Gatlinburg. 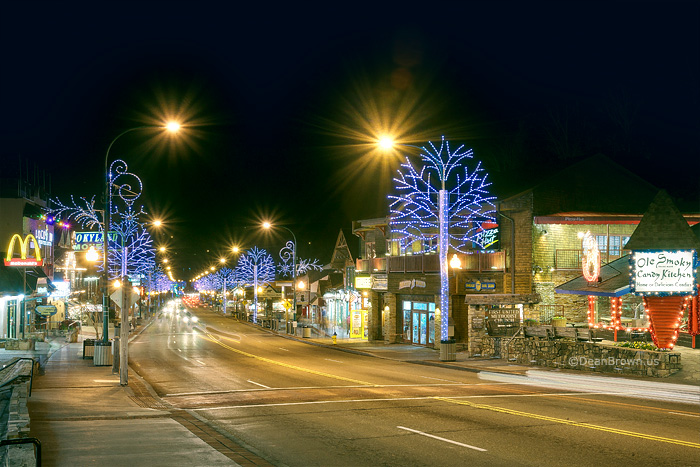 Starting around Veteran’s Day in November, the three towns kick off their winter festival time over three successive days, in a sequence that changes each year. Sevierville’s Winterfest celebrations include live music and hay rides, and many millions of display lights, even reaching far along the highway up to Interstate 40 to welcome visitors to the area! The townspeople of Sevierville love a festival, and their Winterfest season of events will run through late February.

Pigeon Forge launches its Annual Winterfest Kickoff at Patriot Park with live music and free rides on a Trolley Tour of Lights. Pigeon Forge has more than 5 million lights brought to the cause of spreading cheer and festivity throughout the town, and the many theaters in the town will offer dazzling shows all through the season. Pigeon Forge holds Winterfest through late February also.

Gatlinburg opens its Winter Magic festival season with its famous Chili Cook-off on Parkway. It’s one of one of the few times Parkway gets closed, and it’s for one of the best parties. Gatlinburg’s season of lights and festivities runs through the end of January.

The highlights of all three events are the turning on of the many millions of city lights, strung throughout the towns, along the highway, adorning buildings, and clustered at suitable points in animated displays. Many of the lights are high-tech, LED lights that give a special clarity to the displays, especially the animations.

With a profusion of themes among all the different displays, you’ll see snowflakes, liberty bells, holiday greetings, clock towers, veteran tributes, numerous cartoon characters and animals, and European villages designed in bright lights. Christmas scenes, and much razzle-dazzle, abound. Check out some video from Gatlinburg:

Dollywood meanwhile begins its own light shows a few days earlier in November with over 4 million lights, and a winter calendar of events, shows and celebrations – including nightly parades and fireworks, as well as costume and animated characters and displays. Dollywood’s Smoky Mountain Christmas Festival runs through early January, offering many spectacular performances and garnering multiple awards.

Winterfest and Winter Magic begin the holiday season with Thanksgiving, along with a number of events at this time, including the annual Thanksgiving and Christmas Craft Shows in Gatlinburg. These are two week-long shows back to back, the  first one in the last week of November with seasonally themed items, followed immediately by the second show in the first week of December, with the crafters’ finest creations perfect as gifts for Christmas.

After this it’s pretty clear that Christmas is coming. In early December Gatlinburg holds its huge Fantasy of Lights Christmas Parade, while Dollywood offers its own Parade of Lights every evening.

There are two other great light displays in the area to see. Dollywood offers its nightly Parade of Many Colors that features lighted floats, characters, and lots of dazzling surprises, including fireworks and various displays of animated lights.

Meanwhile, Shadrack’s Christmas Winterland in Sevierville offers an unsurpassed and technically acclaimed drive-through experience, with an entire area alight with synchronized lights that you can drive through in the comfort of your car, picking up the music through your radio.

For a breakdown of where to see the more than 20 million lights in the area during the winter festivities, see our guide, Christmas Lights in the Smokies.

In Gatlinburg from Thanksgiving until Christmas on Friday and Saturday evenings, Parkway features strolling carolers, storytellers and various characters, with Gatlinburg’s Tunes & Tales program. The popular summer fixture takes on a Christmas theme with period dress in the Dickens style, and of course Christmas carols. Many different performers take part in this free and pleasing event. 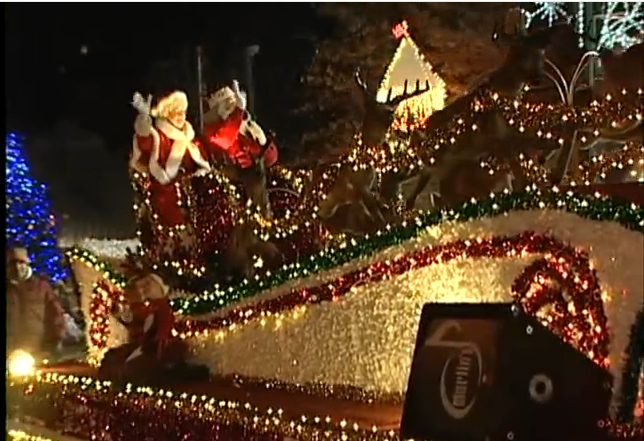 Christmas shows and events abound through December, while Gatlinburg’s local ski area, Ober Gatlinburg opens its slopes for the winter skiing – usually kicking the season off early with Snow Tubing at Thanksgivin, as well as its year-round ice skating at Ober Gatlinburg.

New Year’s Eve offers advanced pyrotechnic displays in Gatlinburg at the Space Needle, and the Island in Pigeon Forge also offers its own displays.

February signals a shift in things as Pigeon Forge holds its annual Saddle Up event, a festival of cowboy and cowgirl singing, cooking and storytelling. Meanwhile in mid-month, Valentine’s Day dawns, with its own compelling magic, and many people will propose marriage here in the hugely romantic Smoky Mountains. Gatlinburg is the third most popular place in the world to get married.

With love in air, and marriage on people’s minds, suddenly it starts to feel as if the season might be changing soon, with spring right around the corner. But that’s another story.