There’s lots of activity in the Gatlinburg and Pigeon Forge area as the 2022 winter holiday season ramps up. Here’s everything that’s going on in November and December. 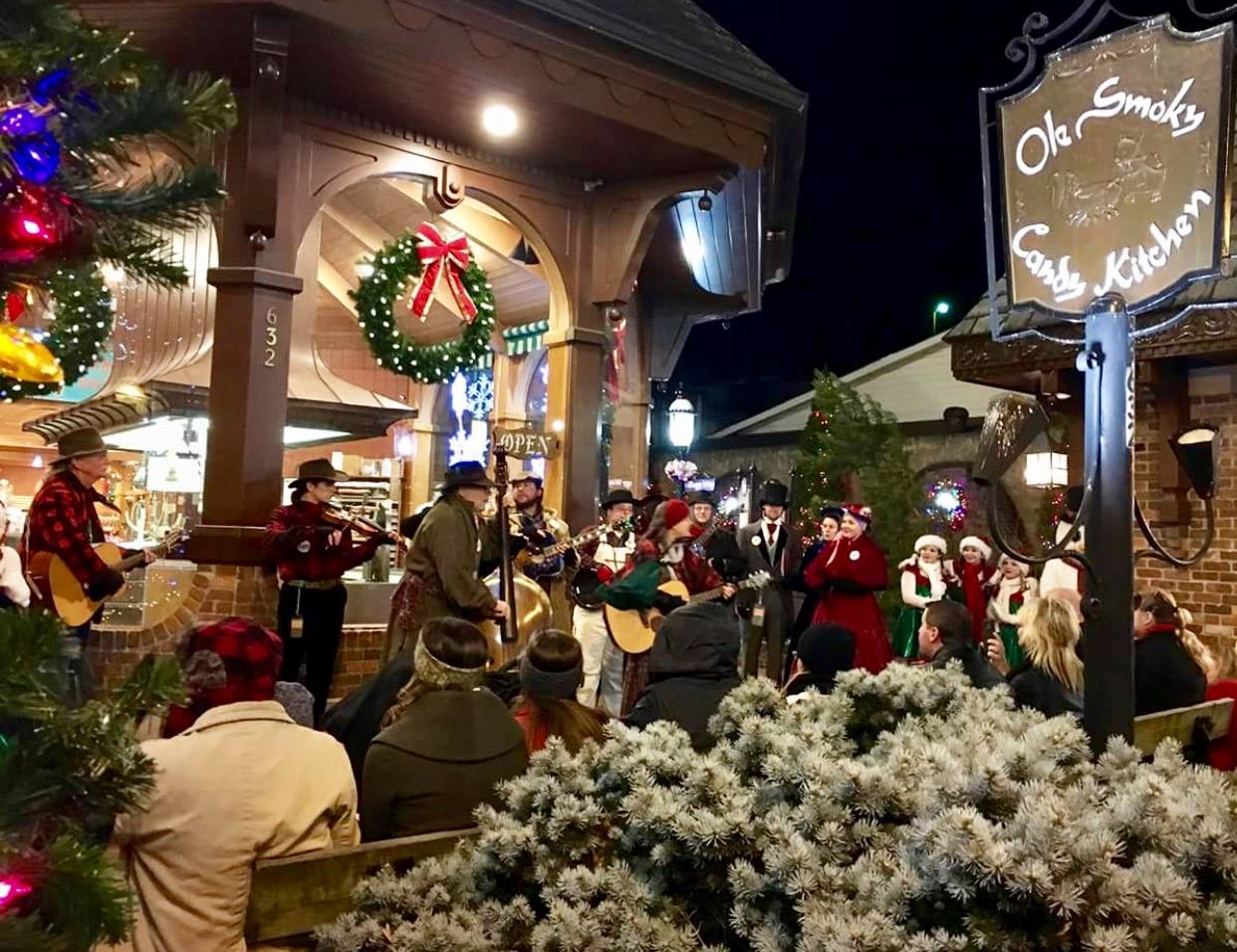 The Towns and venues switch on their millions of lights for the season at various times during November. And in October, Anakeesta and SkyLift Park already primed the pump with their special lights and events for the season, lasting through Christmas and New Year’s.

November 5. Dollywood begins its winter season festivities with its Smoky Mountain Christmas, with the usual imaginative displays and events, and several million lights twinkling across the theme park.

November 8. The Titanic Museum in Pigeon Forge starts its season, lasting into January, with the ship ablaze with lights, and costumed characters setting the scene for celebration.

November 10. Gatlinburg and Pigeon Forge throw their switches and light up the two towns for the holidays, with self-guided tours of the best displays around town, and a Winter Magic, Winterfest kind of feeling in the air – and special events to match. Patriot Park will host some Christmas Village weekend events through November.

November 11. Sevierville throws its own switch and sets its millions of lights ablaze, across the town and up and down the highway to welcome everyone in.

November 11. Shadrack’s drive-thru Christmas Wonderland comes alive with an extra special show for the final season at the stadium in Kodak this year, and it’s accompanied by the new show that the acclaimed drive-through, immersive light show is putting on at the new location in Wilderness at the Smokies – so it’s 2 shows in 2 locations this season!

November 15-16. Ripley’s Aquarium offers Winter Magic celebrations and Photos with Santa. The aquarium also mutes the stimulus for a Sensory-Friendly night on Nov 30 and December 28 (also plenty of occasions to Sleep With the Sharks!).

November 17-19. The annual Bluegrass Christmas in the Smokies Festival happens again for 2022, and this time at the Gatlinburg Convention Center. Headlined and organized by Lorraine Jordan & Carolina Road, the 3-day festival this year has a lineup just bursting with loads of great performers.

November 19. The Island in Pigeon Forge opens its festival season, adding to its fountain lights and observation wheel with even more lights and shows. ALSO in Pigeon Forge, the Comedy Barn opens its Christmas season of laughs in one of America’s funniest family comedy venues.

November 22. In Gatlinburg, the annual 2-week Arts & Crafts Shows take place at the Convention Center, featuring for the first week the seasonally themed Thanksgiving Show, and then switching over for the second week to the Christmas Show. The perfect place to find world-class handmade gifts and souvenirs.

November 23. Gatlinburg hosts the Festival of Trees in this annual fundraiser for kids in this wonderland of decorated trees and kids activities.

November 24. Yes, it’s Thanksgiving again, and if you’re not cooking in the cabin but want to dine in one of the towns, you’ll find several restaurants open to accommodate you. Pick your favorites from our Dining Guide, and be sure to call ahead.

November 25. Townsend, that fun town over on the Quiet Side of the Smokies to the west, offers its own lights throughout the town, lasting into January, as well as plenty of festive events.

November 25-26. The Heritage Center in Townsend embraces the season and shows up the authentic history of the area with its Appalachian Christmas Village and recreations of those earlier days that made this area what it is. And there are several more Christmas in the Village weekends through December too.

November 26. Santa appears at Anakeesta in the morning for the Breakfast With Santa early event, kicking off lots more throughout December.

November 26. Paula Deen will officiate at the Lumberjack Feud Tree Lighting, with music, food, treats and Santa Claus himself for a photo op (he sure gets around).

December 2. Gatlinburg takes front and center with its annual Fantasy of Lights Christmas Parade spectacular, kicking off at 7:30 pm. Come early to stake out a good spot on Parkway to watch this hugely attended event.

December 2. Meanwhile, over in Sevierville they’re having a more relaxed occasion, with the Tree Lighting at the Courthouse. And behind all the fun will be the usual preparation for the town’s own Christmas parade the following day, on:

December 3. It’s the 60th Annual Sevierville Christmas Parade. And this one’s in the daytime, at 11 am.

December 9. Yama Con returns again to Pigeon Forge at the LeConte Center for the huge Anime & Comic Convention with wild costumes, a cosplay contest, and thousands of attendees in a slightly surreal atmosphere.

December 11. Ever wonder how Santa stays in shape with all those breakfasts and other events he attends? He runs the Santa Hustle every year. It’s the famous charity event all over the country where thousands of Santas take part in the 5K and 10k runs. (SPOILER: not all of them are the real Santa.) The Smokies Hustle happens at Soaky Mountain Waterpark early in the morning.

December 31. We know what happens now. Gatlinburg rings in the New Year with its 34th annual Ball Drop countdown and fabulous pyrotechnic Fireworks Show at the Space Needle. Pigeon Forge has The Island greeting 2023 with its own spectacular festivities and fireworks. 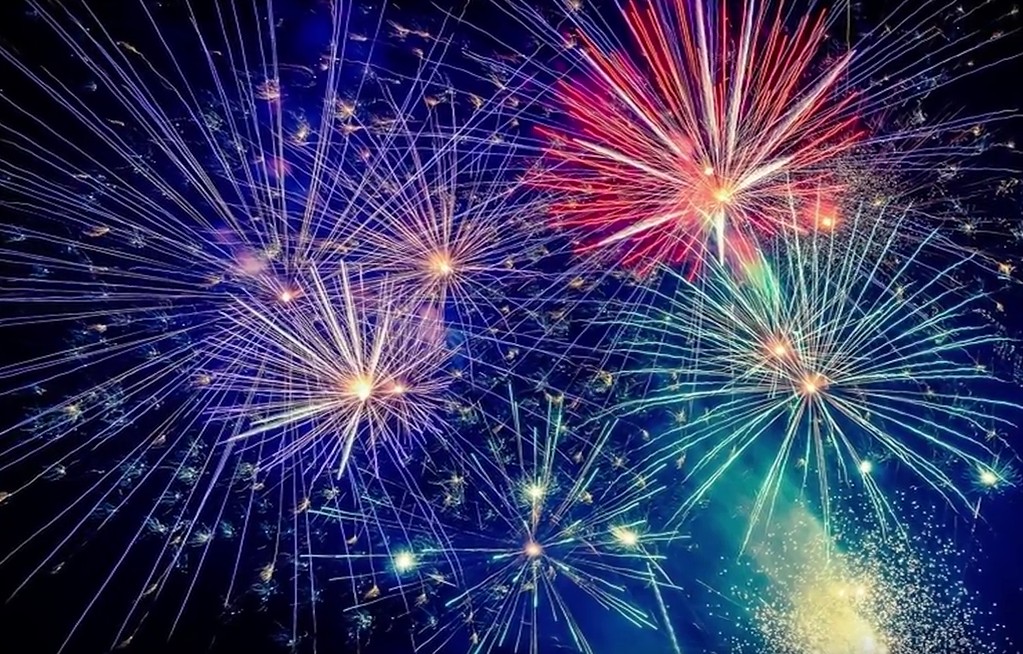 And then it’s January.

Winterfest Lights Turn On for 2017

continue reading →
What’s Happening in The Smokies in Spring 2021

Most of the traditional annual events are coming back to the Gatlinburg and Pigeon Forge area of the Smoky Mountains in 2021, after a year that saw most of them postponed. Here’s what’s going on for Springtime 2021 in the Smokies. Share…FacebookTwitteremailReddit